to make your reservation via e-mail, type in your name/affiliation and any guest names, and click SEND to the indicated RSVP e-mail address by no later than 5 pm, Friday, February 1, 2019*.

*Also, please note that by registering, you are agreeing to paying for the dinner whether you attend or not because ANS is otherwise responsible for the cost of the food. 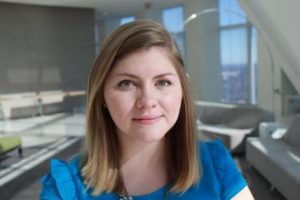 Alyse Huffman is an American Association for the Advancement of Science (AAAS) Congressional Fellow sponsored by the American Nuclear Society (ANS) working on the Energy Subcommittee of the House Science, Space, and Technology Committee, Majority.   Prior to the Fellowship, Alyse worked as a nuclear engineer with over 4 years of experience in reactor core design for the Oconee Nuclear Station and fleet-wide spent fuel pool criticality safety at Duke Energy in Charlotte, NC.  Her graduate work involved research for the Expert Group on Burnup Credit within the Working Party on Nuclear Criticality Safety of the Organisation for Economic Co-operation and Development Nuclear Energy Agency (OECD – NEA).

Alyse received her M.S. and B.S. in Nuclear Engineering from the University of Florida. She is a licensed Professional Engineer in the state of North Carolina.

Alyse is passionate about science communication and nuclear energy.  She organizes workshops and content for STEM organizations and professional societies.  She has experience in nuclear education and outreach, particularly focusing on K-12 curriculum.  She is a co-author of an educational nuclear children’s book for first and second graders titled, Marie’s Electric Adventure. 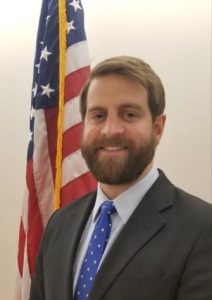 Dr. Benjamin T. Reinke is a professional staff member of the majority staff of the Senate Committee on Energy and Natural Resources (ENR), under the leadership of Chairman Lisa Murkowski.  Dr. Reinke is responsible for nuclear policy in addition to policies pertaining to university research, energy workforce, energy storage, ARPA-E, microgrids, advanced vehicles & advanced fuels, and other topics.

In 2016, he served on the ENR Committee staff as the ANS Congressional Fellow.  Prior to the Fellowship, Ben’s research experience includes working as a NASA Space Technology Research Fellow studying radiation damage in electronic and optical materials at cryogenic temperatures, and working on a Department of Energy project to develop and characterize high-temperature silicon carbide-based radiation detector for nuclear safeguards in molten salt reprocessing environments.

Dr. Reinke holds a Ph.D. and M.S. in Nuclear Engineering, as well as, B.S. in Physics and French, all from the Ohio State University. 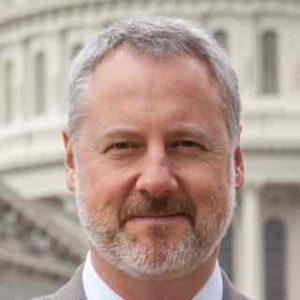 Craig serves as the Washington DC Representative for the American Nuclear Society, where he helps devise and execute ANS federal outreach activities to Capitol Hill and the Executive Branch on behalf of the 11,000 men and women of the American nuclear community.  Since assuming his role in 2005, Craig has played a central role in several high-profile nuclear issues, including the creation of the Nuclear Energy University Program (NEUP) and Integrated University Program (IUP), and defeating legislation that would have banned the commercial use of 14 radioisotopes.

Prior to entering private practice, Craig worked on Capitol Hill for 8 years, serving as Chief of Staff for Congressman Joe Knollenberg (R-MI) and Associate Staff of the House Appropriations Committee.  During his time on Capitol Hill, Craig worked on important nuclear issues, including the preservation of federal nuclear R&D funding and the accelerated cleanup of DOE nuclear sites.  Craig also served as Assistant Vice President of Federal Affairs for Wayne State University where he coordinated several successful, high-profile political efforts to secure funding for WSU’s R&D activities.

Craig also serves on the U.S. Department of Commerce Civil Nuclear Trade Advisory Committee (CINTAC) and sits on the Board of Directors of the Public Affairs Council.  In 2011, he received an ANS Presidential Citation for his role in ANS post-Fukushima response communications and public engagement efforts.

Craig has a bachelor’s degree in Government and Politics from the University of Maryland, College Park and is a graduate of the Public Affairs Institute.  He lives in Bethesda, MD with his wife Clare and their two children and is an avid skier, canoeist, and Formula One fan.